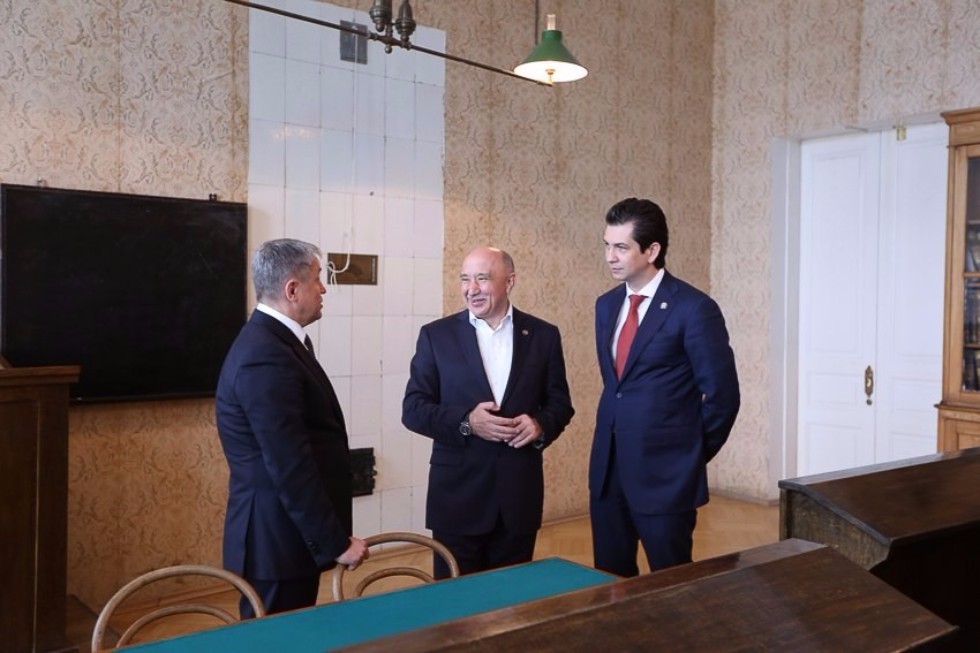 AEWATER 2017 conference is being held at the Institute of Environmental Sciences.

One of the meetings during the conference united Rector Ilshat Gafurov, Minister of Ecology and Natural Resources of Tatarstan Farid Abdulganiev, and Director of VNII Ecology Sergey Fokin. The sides touched on cooperation among the three of them, and the guests toured the University’s museums and infrastructure.

The conference itself is dedicated to the anthropogenic eutrophication of water bodies (i. e. the conditions created by human activities that stimulate the growth of toxic algae and microorganisms). Many research teams around the world are tasked with finding solutions to this omnipresent problem. For instance, blue-green algae has basically conquered world – it is found in water bodies of 257 countries and territories. World Health Organization has named the spread of Microcystis one of the main to the humankind’s health and life. As for Tatarstan, mass deaths of fish in several water bodies in 2016 were a wakeup call.

Vice-Rector Dmitry Tayursky in his greeting noted that Kazan University has something to contribute, «Our University is becoming one of the world leaders in several areas. And ecology is one of them».

Blagoslav Marsalek, Head of the Center for Cyanobacteria Studies of the Czech Academy of Science, shared this with journalists, “I work with blue-green algae around the world. I have encountered it in Indonesia, Malaysia, Africa, Argentina, Brazil, and Europe. That’s why I can say that every country and even every water body has its own specifics when it comes to algae development. However, its recent growth rate has made us speed up as well”.

KFU employees suggested approaching the issue in a complex manner, as it is done today in SAU EcoOil. The SAU includes some research in ecology and natural resources. For instance, the cyanobacteria research project is one of the breakthrough ones, and a multiplex diagnostic system is under development.