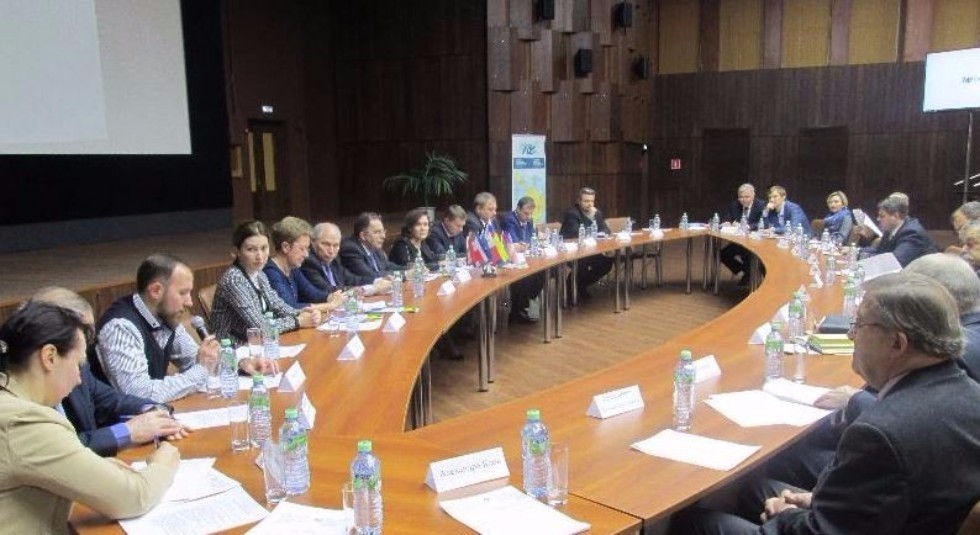 KFU has become a participant of the national program of cooperation with Colombia, Venezuela, and Cuba.

The program is aimed at facilitating academic cooperation of the leading Russian universities with their colleagues in Latin America. The issue was discussed during the latest meeting of the National Committee for Cooperation with Latin American Countries (NCCLAC). Representing KFU were Vice-Rector for Research Danis Nurgaliev and Head of SAU EcoOil Mikhail Varfolomeev.

The Vice-Rector commented, “Latin America is a very promising and interesting region. There are immense non-traditional hydrocarbon deposits that will soon be the main source globally. SAU EcoOil is aimed precisely at investigating new ways of extracting and refining of heavy oils and bitumen”.

Kazan University lately has been very active in this particular part of the world and can boast some achievements.

Dr. Varfolomeev shared the details, «It was just recently that we went to Colombia where we met with Ecopetrol and Industrial University of Santander. We signed a number of research agreements. Now the participation in this program is possible because the NCCLAC joined to support this work».

One of the main priorities for the NCCLAC is promoting Russian-based science in Latin America. Kazan University has made very large steps in this direction. Venezuelan diplomats showed a keen interest to the petroleum research that was presented to them during their visit to Kazan.

Dr. Varfolomeev added, «A group of 16 postgraduates from Cupet are already studying here. Recently Venezuelan colleagues also expressed their wish to educate their specialists here. Student exchange will soon begin with Colombia. With the NCCLAC’s support we can move further ahead. We have been promised additional quotas for overseas students».

The National Committee will conduct regular intergovernmental meetings and invite the participating universities for networking.