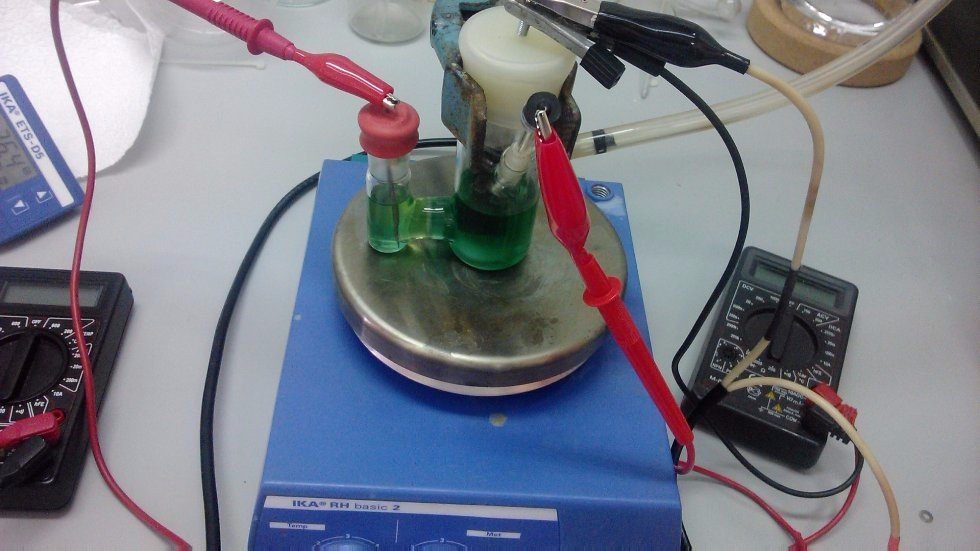 A unique organometallic nanoparticle-based catalyst is tested at the Institute of Chemistry.

The project is led by a group of young employees of the New Catalysts for Petrochemistry Lab. Lab Manager Aliya Khusnuriyalova presented the latest results at the 80th Prague Meeting on Macromolecules: Self-Assembly in the World of Polymers. During the conference Ms. Khusnuriyalova made cooperation plans with the Institute of Macromolecular Chemistry of Czechia.

The researchers attribute the immense interest to their project to the fact that there are not many such works in the world now. The catalysts in question are very costly and have never seen the world outside lab walls. However, the team from Kazan has managed to lower the cost and to increase the efficiency of said catalysts.

Research Associate Alexander Sukhov explains, “Currently available catalysts of polymerization and oligomerization of ethylene have a number of shortcomings, such as complexity of production. This is the main reason for the cost to be so high. Moreover, contemporary catalysts are relatively unstable and toxic (because of chrome compounds). We have managed to solve both problems by producing the catalyst inside the polymerization reactor with cheap components. These are nanoparticles of 8th group elements – ruthenium, rhodium, palladium, osmium, iridium, and platinum. By changing their composition and size we can produce different oligomers and polymers”.

The production is based on electrochemical processes – also a novelty in this particular case. This leads to lower costs. The most conservative estimate puts cost reduction for polymer production at 0.5%. In the case of Tatarstan, for example, this could lead to saving about 120 million rubles a year.

It’s still early to predict of any companies actually take serious interest in the technology, but there are preliminary negotiations. The team has already received praise from the provincial government and a prize of 100 thousand rubles.