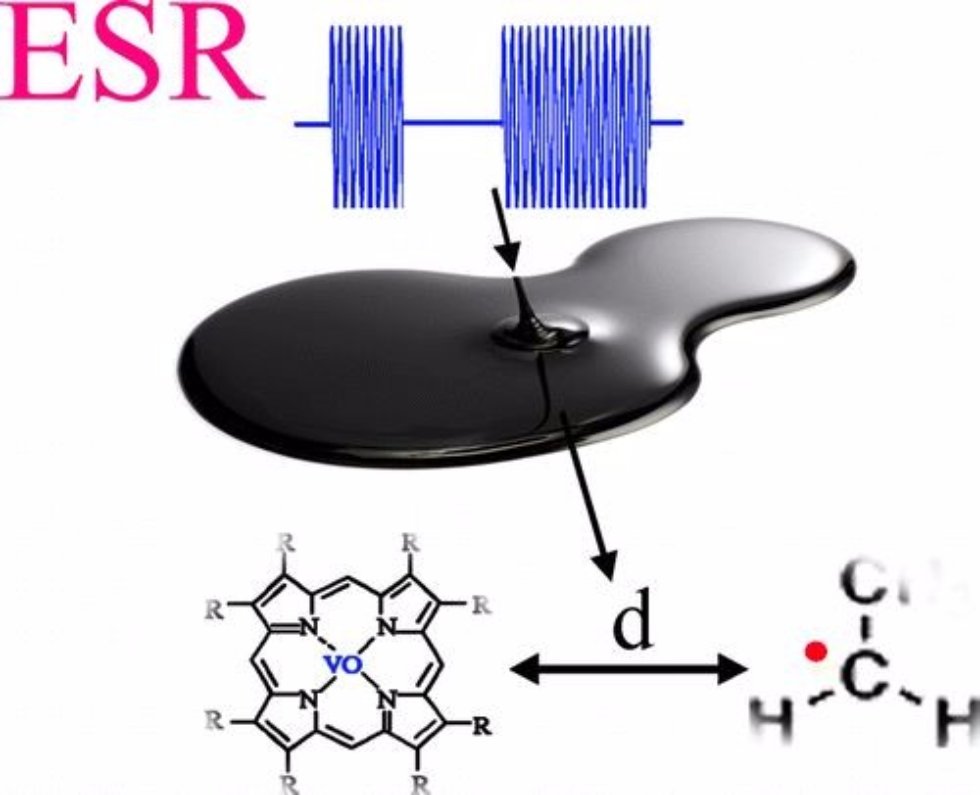 Researchers at KFU have looked into the link between free radicals and vanadyl porphyrin complexes in asphaltenes.

Asphaltenes, resins, and polycyclic aromatic hydrocarbons are the main components of heavy oils and bitumen. They also contain free radicals and vanadyl porphyrin complexes (VPC). Studying all the aforementioned components is very important for the petroleum industry today.

Several technologies are used for such studies, including electron paramagnetic resonance (first discovered at Kazan University by Yevgeny Zavoysky in 1944). EPR had not been widely used in petroleum physics until recently, and our Institute of Physics is one of the pioneers in this particular area.

Sergey Orlinsky, Associate Professor at the Department of Quantum Electronics and Radio Spectroscopy, explains, “Studies of vanadyls and porphyrins have been conducted since 1930s. That could mean that everything significant has been found out already. But we differ in that we work not with extracted fractions but with real oil samples without any additional processing. Thus we can achieve several goals.

Firstly, we are now closer to using EPR as an express analysis method for hydrocarbons. Unfortunately, despite many patents and proven effectiveness, this technology has not yet entered wide use in surveying and extraction. I think this can be attributed to the absence of compact equipment, standardized methods, and qualified personnel.

Secondly, we can show some brand new capabilities of the EPR methods for hydrocarbon analysis”.

Dr. Orlinsky and his colleagues published their third paper in Energy & Fuels this past September. The publication touched on the latest research into vanadyl porphyrin complexes in asphaltenes aggregates.

Marat Gafurov, Senior Research Associate at the Magnetic Radio Spectroscopy and Quantum Electronics Lab of KFU, says that the group now aims to construct a relatively small EPR tomograph. A centerpunch can be loaded into such a machine and then analyzed for different concentrations of water, oil, the presence of metals and salts, etc. The idea now is to further study heavy oils and then create a methodology that anyone (not only scientists) can apply to analyzing samples. Such a research is the future of hydrocarbon industry, adds Dr. Gafurov.

The publication in Energy & Fuels attracted much attention. Five reviewers asked a good deal of questions, and the paper spent five months in preparation.

Marat Gafurov explains, “We previously thought that free radicals and vanadyl ions are sort of separate from each other. But it’s nothing like that, actually. We have shown that they are closely linked. During heat treatment or fractioning the structure of free radicals can change, but their connection to vanadyl persists”

Our colleagues admit that this research is fundamental in nature and has a long way to go before being implemented widely. However, it is very important for interbedding combustion studies – one of the priorities of the recently established EcoOil unit. Therefore they currently try to find ways to cooperate with different Russian and foreign labs in areas that seem quite far from petroleum research and its problems. They are convinced that new breakthroughs are already near.