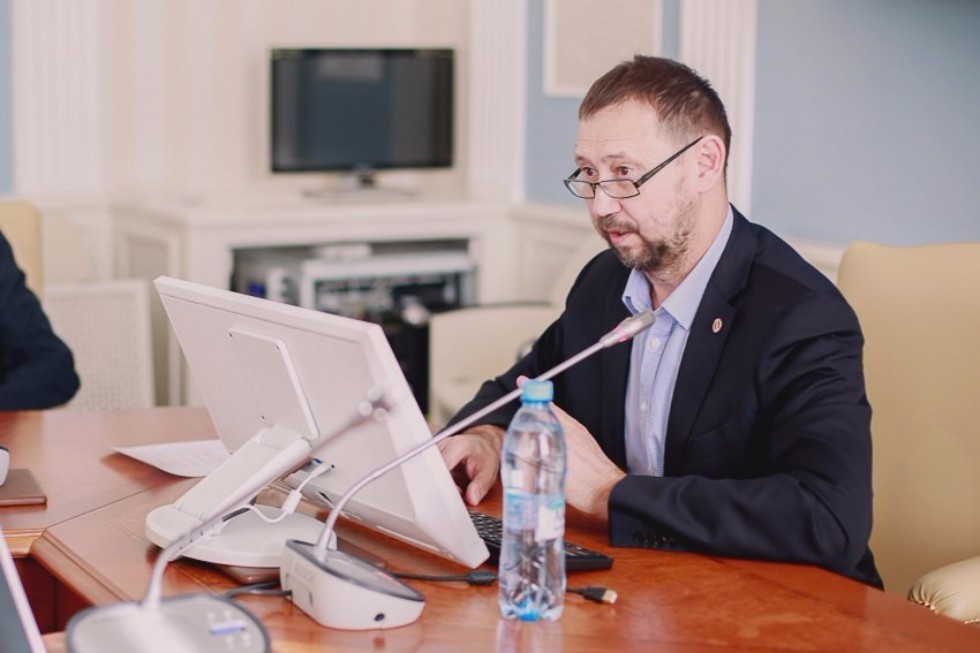 Most Russian oil companies don’t engage in periodical checkups of the degree of depletion of their deposits and lose up to 80% of total reserves. The main reason here is very common – the costs of such work.

This question, among others, was discussed during a meeting between KFU and RFNC.

«We are ready to offer a number of projects to oil companies. There are unique catalysts for heavy oils, new technologies of surveying and hydrodynamic modelling, etc.

Russian companies most often don’t need all that – they are not accustomed to investing in their future. They just skim the cream off deposits and move on. 80% of oil remains unused. We are now implementing a project called “Digital Drill Sample” with Tatneft. Only 2 or 3 companies in Russia are engaged in similar research».

The process is usually labor-intensive and costly, but KFU employees have found a way to make everything work with just 2 people and several days of on-site monitoring – the end result is 99% accurate in its depiction of the real deposit. Soon the companies will be able to make changes in extraction on-the-fly. However, there are some obstacles, and RFNC plans to help with that.

Deputy Director of RFNC Vladimir Zhigalov replied, “Our Center is not limited to just nuclear projects. We also work in theoretical and mathematical physics. We now have at our disposal the mightiest supercomputer in Russia. It will suffice to solve your tasks as well. We don’t cooperate with oilers that often, but what you mentioned here – Big Data analysis and interpretation – is very interesting to us. We can work together on this project”.

The guests from Sarov were thereupon introduced to other cooperation opportunities. Director of the Institute of Engineering Nayil Kashapov told them about ongoing research in robotics and additive technologies. He suggested collaborating in a prospective “robot-oiler” initiative.

Among other proposals there was one about establishing a joint lab at Kazan University. The sides plan to elaborate on this and other ideas during further meetings.