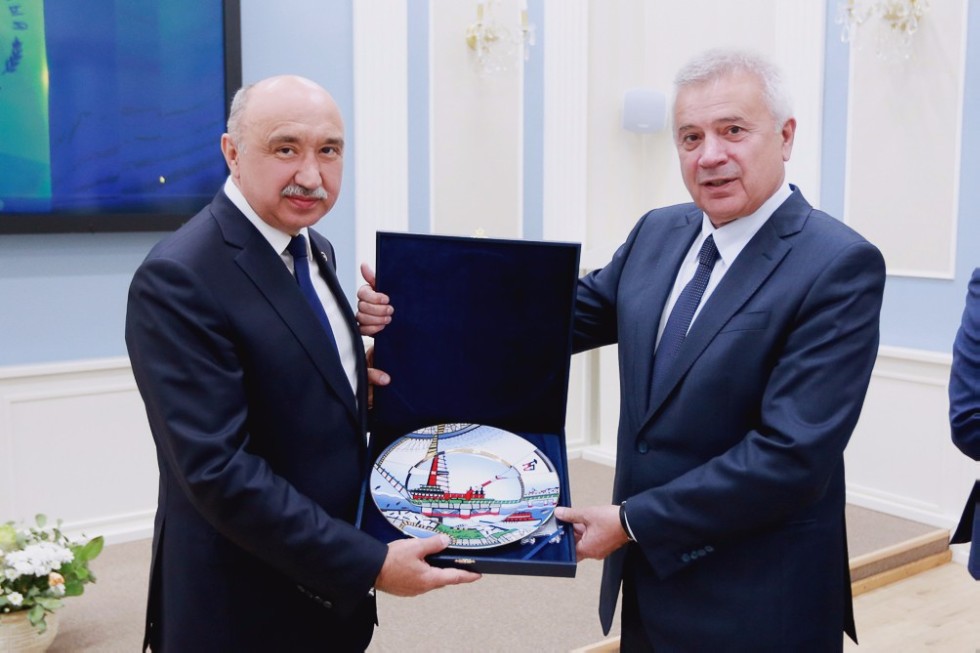 One of the key executives of the Russian hydrocarbon industry met with Rector Ilshat Gafurov and gave a lecture on September 27th.

He was accompanied by Tatneft CEO Nail Maganov and State Counsellor of Tatarstan Mintimer Shaimiev.

Rector Gafurov talked about the University’s current strategy with a special focus on geology and petroleum industry. KFU has much to offer to the oil giant, including its heavy oil extraction technologies.

Mr. Alekperov’s lecture was devoted to the hydrocarbon industry trends. He mentioned the shale oil revolution and green tech and said that humanity is far from making the best use of the non-renewable fossil fuels. In particular, 7 billion tons of coal are burnt each year, as opposed to 3 billion tons of oil. In fact, a 40% increase in oil demand was predicted by the renowned guest. How to meet that demand is another question, and it requires both traditional and non-traditional approaches to extraction. This is where university science comes into play.

SAU EcoOil and Lukoil’s subsidiary RITEK are already working on thermal gas treatment on of the deposits in Western Siberia. The second project, due to start soon, is steam-assisted gravity drainage. This parallel drilling technology has already tested well on Tatneft’s test deposits. It will now be used at the Bazhenov formation. And the third possible project is in-situ refining with the help of catalysts. The unique technology is still in early tests, but it promises to be another big leap in extraction technology after horizontal drilling and hydraulic fracking.